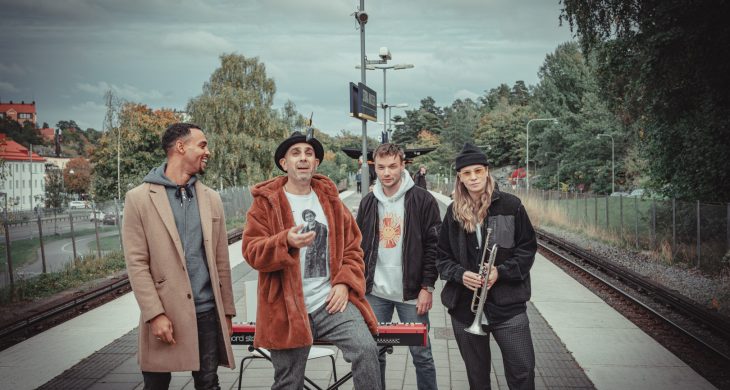 Houman Sebghati is the rapper who started his career in the 165-collective in western Stockholm during the hip hop's golden era in the late nineties. He has been legendary by colleagues and peers and praised to the skies by one or two music journalists.

Houman has for several years collaborated with Länsmusiksorganisationer all over the country, including two collaborations with chamber orchestras in Kalmar and Sörmland, and he has also trained as a high school teacher in history. Since 2019, Houman is up to date with his tour Flykten, which took place in six large concert halls where he both makes music and trains.
Houman offers together with his concerts, talks and lectures for teachers and officials. In 2014, he received teacher's degree and teacher credentials in history, media, society and production, which means that he educates and processes adults after his concerts.

The album Debt settlement  was released in 2020 with the support of the Swedish Arts Council and was his first full-length since it was critically acclaimed God for a while in Stockholm 2015. Debt restructuring is visited by, among others Eric Gadd, Linda Pira and Adam Tensta. Other collaborations over the years have been Petter, Blues, Ken Ring, Timbuktu, Lilla Namo, Maja Gullstrand, Michel Dida, Albin Gromer and Ison & Fille.

The magazine Gaffa gives the album 5/6 - read the full review here:
At Per Sinding-Larsen, Houman tells how he has worked with the album. PSL notes that Houman dares to be an adult while summarizing four decades of music creation. See the portrait on SVT Play:
Duraid Al-Khamisi on Swedish Radio P1 Kulturnytt writes: "Debt consolidation is an equally technically perfect album, with a high level of workmanship, as it is personal and vulnerable." Listen to the news item on Swedish Radio:
To experience Houman live is to see him with the band The Fantastic Few. honey Manfred Hulebo (piano, walking station), Mathias Siroiney (song, hype) and Nadia Hamouchi (trumpet) you move in a wonderful landscape of hip hop boom-bap, beats, jazz and soul. The young poet also accompanies school performances Elelta Hiwet med.
Houman has also had time to work at Swedish Radio as a presenter and at the Riksteatern as an actor.

Since 2019, Houman is up to date with his tour Flykten, which took place in six large concert halls. The Escape includes a handbook on intercultural processes in the Swedish school, which Houman himself has written.

Book through the artist
info@houman.nu